There are some places that never fail to take your breath away. Regardless of the season, whether it is summertime or the landscape is covered with snow, those destinations always have something to offer. Some of these places are the Salzburg State and Oberösterreich. And since there so many articles about the city of Salzburg I’ve decided to present you my favorite places within and around the Salzburg State.

If you ever happen to be in Salzburg, take your time and discover what the region around the capital of the State is made of. Here are my recommendations on how to liven up your holiday in Salzburg and Oberösterreich.

We kick off with Hitler’s infamous teahouse. Yeah, I know it is in Germany, not Austria but Kehlsteinhaus is just 30 km away from Salzburg. You can rent a car and after a 40-minute ride, you are practically there. The building is itself situated on the top of the Kehlstein summit (1834m). You can reach the teahouse by the road or you can leave your car in a parking and take the elevator that would take you to the top of the mountain. Nowadays, the building serves as a restaurant with an outdoor beer garden offering a panoramic view over the town of Berchtesgaden. Make sure you try some local beer, Germans know how it’s done! 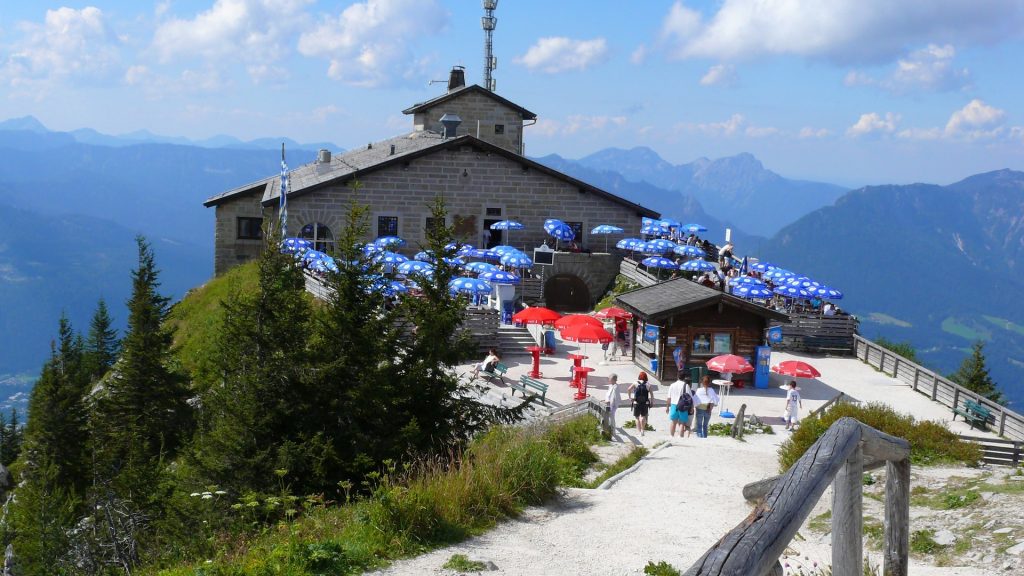 Just a few kilometers away is the picturesque Königsee. If you like hiking, there are several hiking routes ranging from 20-minute walks to 7+ hours into the Alps. Not into walking? Why not take a boat trip instead? 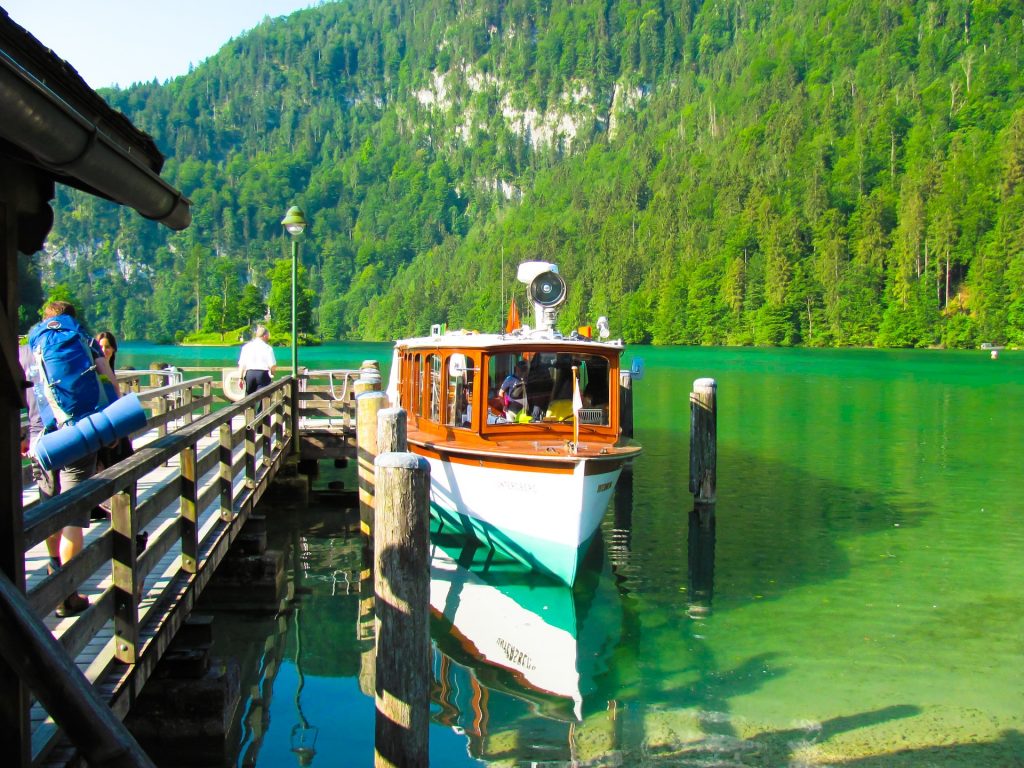 Named after the highest mountain in Austria, the Grossglockner Alpine Road is the highest paved road in the country. At its highest point, the road ascends some 2.504 meters above sea level. The road follows the Hochtor mountain pass that connects the states of Salzburg, Carinthia, and Tyrol. The first steps towards its construction began in 1930 when unemployment in Austria was severe. The government launched the Grossglockner project to fight unemployment and hopefully develop automobile tourism in this scenic mountain. Bear in mind that the road is closed during the winter due to the bad weather. 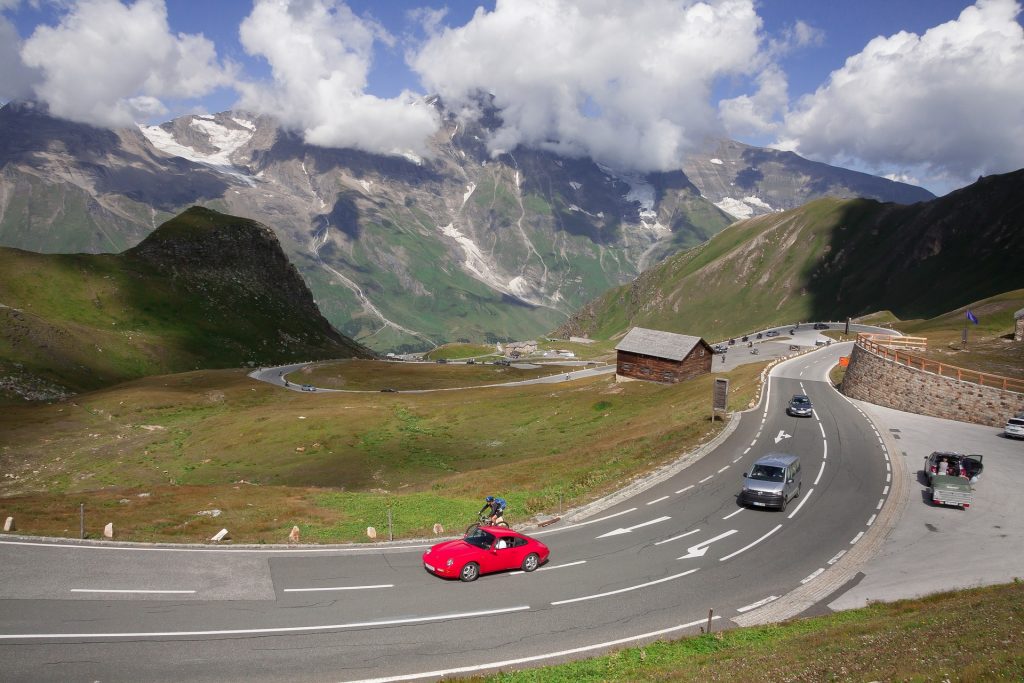 Tip! To ultimately enjoy this mountain route I recommend you ditch your car for either a bicycle or a motorcycle. You’ll thank me later 🙂

To say that the Salzburg State has plenty of lakes would be a major understatement. You can barely pass more than 20 km without seeing those turquoise waters. Walfgangsee is only 30 km east of Salzburg and it is on the border between Oberösterreich and Salzburg (state). You can reach it by car via the B158 road. And the fascinating part of the ride is that you will pass the Fuchlsee lake on your way. Now it’s the right time to inform you that if you are into cycling you can visit Wolfgangsee with your bike. You just have to follow the Salzkammergut Radweg (Salzkammergut Cycle Route). Don’t worry. There are bicycle lanes all the way as well as plenty of signs so getting lost is not an option. Actually, the Salzkammergut Radweg rounds four lakes in just under 230km before finishing back in Salzburg – Fuchlsee, Wolfgangsee, Attersee, and Mondsee.

Go to the Dachstein Mountain

Whether it is summer or winter this fascinating mountain always has something to offer. Endless hiking routes, hundreds of cozy little villages, where you can taste the local cuisine and beer, ski resorts, endless bike trails and lakes where you can do some kayaking. There is literally something for everyone. Some of the prominent towns include Obertraun and Hallstatt both located on the Hallstätter See (Hallstätter lake) in Oberösterreich. Just above them are the Five Fingers, the Hallstätter Glacier and a salt mine from the 15th century. Delve into the tunnels and discover the beauties hidden beneath the ground.

Of course, this is just the tip of the iceberg. Austria is not the largest country in Europe but it’s worth seeing every little village, lake or castle. Stay tuned for more guides regarding other regions in Austria such as Styria and Niederösterreich.

About the Kostadin Nikolov

BoomSEO is a helpful tool for your digital marketing.
BoomSEO is a search engine optimization (SEO) platform that constantly monitors your website's performance and gives you tips and guidance on how to improve your position in Google, Bing, Yahoo and Yandex.
Start here! Make your website GREAT!

This site uses Akismet to reduce spam. Learn how your comment data is processed.